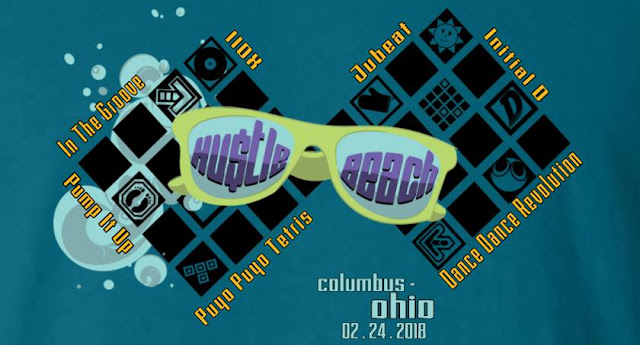 Are you ready to put your rhythm game and arcade game skills to the test? Hustle Beach is coming! Be prepared to win cash prizes and extra bonus payouts. This tournament will be co-sponsored by Akiba Arcade and Snow Phoenix, who helps host the rhythm game machines. We're looking forward to having so much fun! 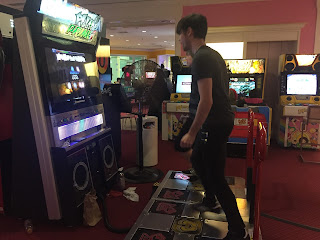 If you've been practicing your PIU or DDR steps, well hold onto your grab bars! We will be hosting both a PIU Prime 2 and a DDR 2014 tournament with double elimination all day long. There will also be a standard Hustle Beach tournament and a Best of Cool Dancers tournament involving all three games.

Are you more akin to matching colored blobs than smashing them? Do you hear Troika in your sleep? There will be three separate tournaments for Puyo Puyo and Tetris, with $100 bonus pots for each! Bring your ultimate game and sign up early. If there are enough people for teams, we'll be able to organize a doubles tournament!

In addition to these tournaments, entry is only $10 for the day, and there will be side tournaments as well. Don't feel as comfortable at IIDX as you wish you were? Enter the Shop Tournament and get as high of a score you can at the difficulty you want to play! Ever wondered what it would be like to play Jubeat with oven mitts? There's a tournament for that, too (as well as a standard tournament)! And are you desperate to get your DORIFUTO on? Go head to head in Initial D 8's morning tournament!

I will be helping specifically with the Puyo Puyo Tetris tournament during the first portion of the day, and then later with the Jubeat tournament during the night. I will also be available for co-plays and autographs/pictures on a first come, first serve basis! There will also be t-shirts available for purchase, and I'm looking forward to rocking one the entire tournament! If you're unable to make it to the tournament, follow me on Instagram for live video and pictures straight from the tournament!

November 20, 2017
Well, I guess this is my first website post, so let’s get cracking :D Welcome to Akiba Idol Emily! This has been a project of mine that I’ve been working on for months, making plans, writing music, and attempting to sew clothes. (Spoiler alert: Emily and sewing machines do not mix.) This has led us to this date, when I ‘debut’ as an idol -- not with a fancy music video and a new dance, but with beatmania IIDX rounds and step charts. This isn’t your average, normal idol career -- this is being a local idol, promoting Akiba Arcade and alternate culture here in Columbus, while simultaneously doing that music thing that I’m good at as well. Now I know what a lot of my long time fans might be thinking. “Okay, Emily, why J-Pop?” Simple! Because it’s always been J-Pop. I’ve been listening to J-Pop music for over 15 years. I knew all the words to Secret Base before AnoHana made it a thing. I would sit in study hall, pouring over anison lyrics written in romaji to get the timing and pronu
Read more